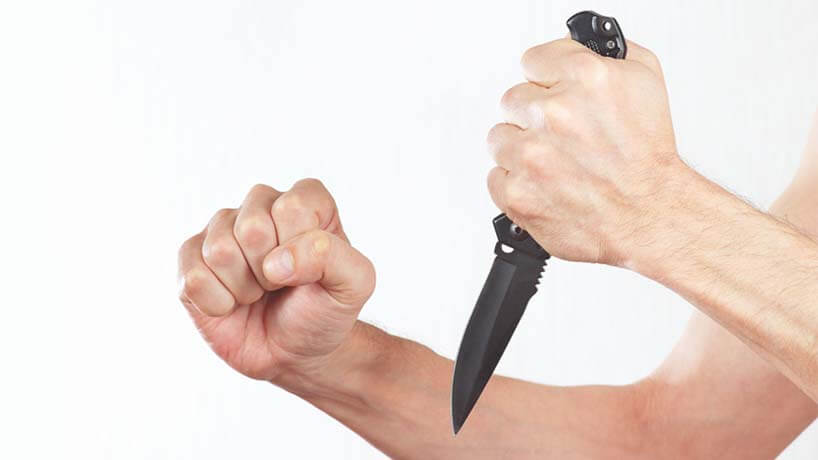 Many people worldwide walk on deadly streets and alleys every day, coming and going to work or even going to the store. Most of the time, people will make it back home in one piece, but there are countless other instances where someone has been attacked and has been utterly helpless with nothing to deter the attackers and defend themselves.

Some don’t know what this is like or live in a low neighborhood in terms of crime, so it wouldn’t have occurred to you to ever invest in something like a self-defense knife. The sad thing is that it can happen to anyone, and if you’re out in the streets early in the morning or late at night, then you should, by all means, carry a knife to defend yourself.

Many types of self-defense knives are brilliant for intimidation so that you can stop an attack before it even happens. So what would be an excellent choice for you? Well, it depends on a couple of crucial elements that we’ll discuss in a moment. So we’ve created the ultimate guide to using knives for self-defense. 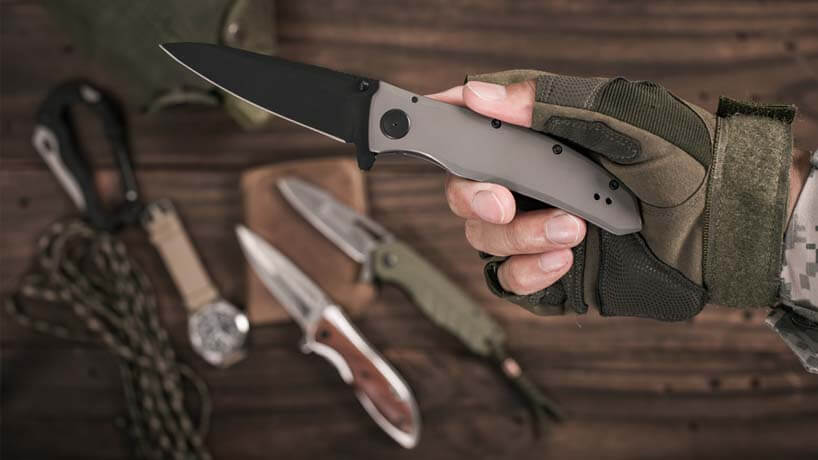 Any knife can be used to defend yourself in a sticky situation, and if you are ever in a position of danger, don’t be afraid to whip out any sharp object to defend yourself with. There is undoubtedly a more intimidating sense about a dagger than, say, a pocket knife. So you might want something of a decent size, but that’s not your only option.

There are folding knives that have pretty large blades, and they are more convenient to carry around. That’s because they can be clipped onto your belt and are not so bulky. There are fixed blades, of course, that are the go-to self-defense knives. However, these are often large and in the way, because they don’t fold up, so they have to be kept in a sheath.

Aside from being quite annoying, a sheath also prevents you from being discreet. Several different characteristics can be altered with these two types of knives to make different self-defense blades. Still, in general, you have to choose between one or the other based on your preference.

How to Use a Knife in Self-Defense?

The keys to self-defense lie in the defendant’s hands, not in the weapon that they carry. That means that you can have a powerful weapon like a gun and still fail to defend yourself properly because you conduct yourself in a stressful environment.

When you are surprised or suddenly attacked, your body can completely freeze up, making you unable to do what is necessary to fend off the attackers. Often, people who get attacked forget that they even have a self-defense tool on them, like pepper spray, etc. This is not uncommon, and if you’re not careful, then it could happen to you as well.

Unfortunately, real-life scenarios don’t happen like they do in the movies, where you can see the criminals from a mile away. Most attacks are out of the blue and where you would least expect them to happen, which is why we’re going to run through a couple of essential issues to overcome when something like this happens with the ultimate guide to using knives for self-defense.

Carrying a Knife for Self-Defense

The idea is that you want to be able to reach for the knife as quickly as possible. So if it’s still in your bag when someone jumps you, then you have no chance of getting it out. If you are going to be walking about at night or early morning, you should think very carefully about your route because many problems can be avoided by walking in the right places.

If you absolutely can’t help where you walk, then be sure to get a good self-defense knife that has a fixed blade and keep it handy at all times. Don’t forget it at home, because the chances are that the day you forget it is the day that you’ll need it.

There are a couple of crucial things to drum into your head now so that if the time comes, you’ll know exactly what to do. The first knife defense has nothing to do with a knife but instead confidence.

If you come in contact with some people who want your money and pull out a knife but start shaking or otherwise panicking, you will convey that you aren’t dangerous and will pursue you until they get what they want. Never draw first because maybe they have guns. Drawing a knife should only be done as a last resort.

When you have made sure that they are armed, wait for them to pull out a knife first, then pull out yours. Make sure they can see the blade so that they think twice about the consequences of their actions before they do anything. Make yourself look big and threatening by pretending that you want them to attack you, and mixed with confidence; I wouldn’t be surprised if they leave you alone.

Self-Defense Against a Knife Attack

If all else fails and they decide to attack you or if they completely took you by surprise and grabbed you, then you’ll end up fighting for your life. If the attacker has a knife, then you will want to think of these few things. Protect your chest and head. Never turn your back.

If you have to block a knife attack, always use your forearms. The best thing is to move out the way but if you don’t have the time, sacrifice being stabbed in the arm rather than in the chest or neck. Always keep your knife hand-free because otherwise, you can’t deliver a blow, and the attacker might be able to take the knife from you.

Overall, you have to finish the scuffle as quickly as possible. Usually, this can be done with one movement to defend the attack and another to deliver a blow to the attacker’s center of mass, and this should send them running.

Things will never go as planned and so be prepared to give up your valuables to prevent being hurt or stop attackers and send them on their way. The main goal is to prepare for the worst but make sure for the best.

This means being ready at any moment and having the mindset to know precisely what it is you’re taking a step into. Once you’ve gone through this ultimate guide to using knives for self-defense, you’re one step closer to long-term safety.