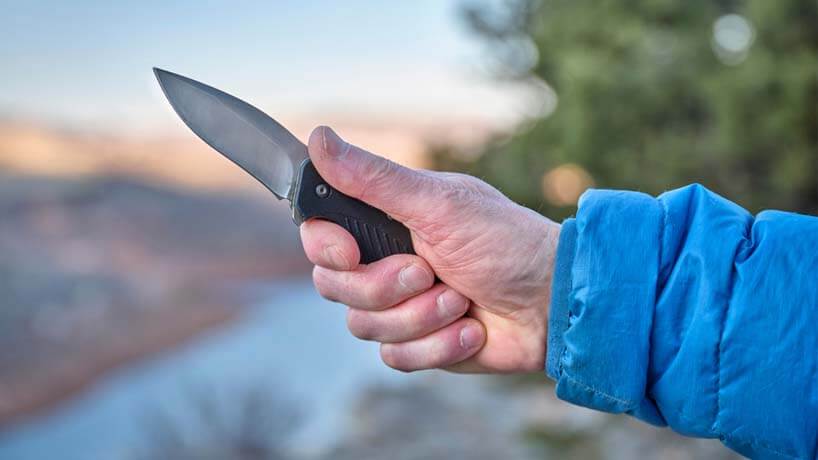 Knife fanatics are worldwide, and many such people are very outspoken about the types of knives on the market today, whether expressing a long-lost love for a particular knife or displaying how much dislike they have for another.

The reviews posted on countless websites and media pages have to draw your attention somehow. It’s often the most honest and genuine description of a knife because these people have bought the items and have tested them out and therefore have a decent understanding of how the knife performs.

There are many exaggerated comments, but these are limited and so when you’re researching knives, be sure to check out what people who already bought the knife have to say. One knife that we have done a lot of research on is the assisted knives range, which differs from automatic snap-on blades to partially assisted blades.

In some of our findings, we uncovered that there appears to be a very mixed feeling about this type of knife especially. So why are they not loved? Why are assisted knives disliked by some? The answer to this question lies underneath a couple of critical points that we’re going to highlight for you, so let’s get started.

What’s All The Fuss About?

The main problem that has become apparent lately is the caution against the safety of assisted knives. This is not the only objection, but everyone seems to be using it as the primary weapon against these knives.

Now, let’s clarify something quickly before we continue; we don’t mind assisted knives and don’t necessarily prefer manual folding knives to spring-assisted knives, but we play the role of someone who does and can give you an accurate point of view. As we were saying, their general overview hinges on a problem with the safety of how the knives work.

People don’t mind having a super convenient push-button switch to open a knife blade. However, they do have a problem when that mechanism can cause nasty accidents. One man explained a situation that happened to him where he was working on a light fixture on a wall outside. He was on a ladder to get to the light and had to sit at the top of it to work comfortably.

In so doing, his spring-assisted automatic knife, which was attached to his belt, pressed up against his side and flicked the knife open without him realizing it. He missed his step on the ladder when he was climbing down and took a slight tumble onto his side, which pushed the knife blade into his hip and cut him to the bone. Very unlucky, but it happened nevertheless. 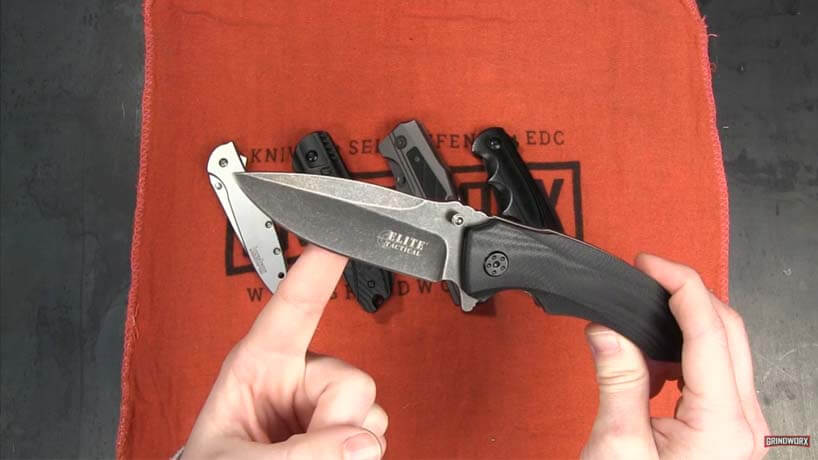 We’ve gone through many examples and reviews from the general public and summarized them into a few more minor points to give you an insight into why some people disliked these assisted knives.

We’ve already mentioned this, but to explain a little further, the safety issues of any knife in the world are prevalent. Often people don’t know how to take care of a knife or misuse it and then get hurt while blaming the designers of the knife. If you have a knife, it is your responsibility to ensure that it is safely used and stored.

The part where people are not happy is when the knife triggers accidentally. It is not a mistake by manufacturers but an unfortunate accident. It usually doesn’t result in harm but can, in the event of an unlucky scenario. So people over the internet have taken to new heights to describe assisted knives as dangerous.

Yes, that’s right. Some safety features have been added, which in all honesty, makes a spring-assisted knife hard to open. These include a metal catch or stopper that clicks into place when the blade is closed. The annoying thing is that you first have to push the stopper over to open the blade and then spring the blade open—it kind of defeats the purpose of having a spring open knife.

It does make the knife safe and pretty much impossible to accidentally open, however. If you want this type of knife, you may as well get a manual folding version; problem solved. Plus, it would probably cost you less anyway because spring-assisted blades are usually more expensive.

As if the safety issues weren’t bad enough for the assisted knife industry, now they have to fight legal wars that deem their knives to be against the law in some areas. In Canada, spring-assisted knives are illegal to import, and many spring open knives have also been removed for sale from sites like Amazon and eBay.

They are not as largely illegal as butterfly knives, and you can own one in most states in the USA, but don’t be surprised if the area you live in brings out policies against them. It would help if you also did not travel with them because they will get taken away in a heartbeat.

These are terms that are widely used in the knife world to describe if the knife will break easily or not. The problem with assisted knives and something that causes the knives to be even more disliked is because they aren’t as strong as manual folders or fixed blades. Some term them as weak and nimble.

They have moving parts, which means that there are many more weak points in the knife structure than most other knives out there. The blade can be razor-sharp, but if it can’t withstand much force or vigorous use, is there a point in having it? We would say yes, but many people would disagree with the core of their beings.

This point is an argument that goes on all the time about whether or not the assisted knife mechanism has paved the way for companies to cut corners. The argument is that cheaper knife companies can disguise their poor-quality knives behind a flashy assisted opening mechanism and claim a higher price for it.

The problem is that these knives find their way into the market and tarnish the name of assisted knives to some people forever. In reality, this happens in every sphere of life. It’s up to each person to make sure that they are buying a legit product. Everyone wants it cheap, but the truth is that you can’t get good quality for cheap. If it costs nothing, then expect nothing.

In the end, it will come down to what your experience has been. For some, they have bad ones, and for others, good ones. So it’s up to you and what your preferences are.

The general word on the street is to avoid buying assisted knives, but in my experience, having had both a manual folder and an assisted knife, I can say that I don’t mind either. Buy a reputable brand and take care of how you use it, and you’ll be just fine. So why are assisted knives disliked? You decide!