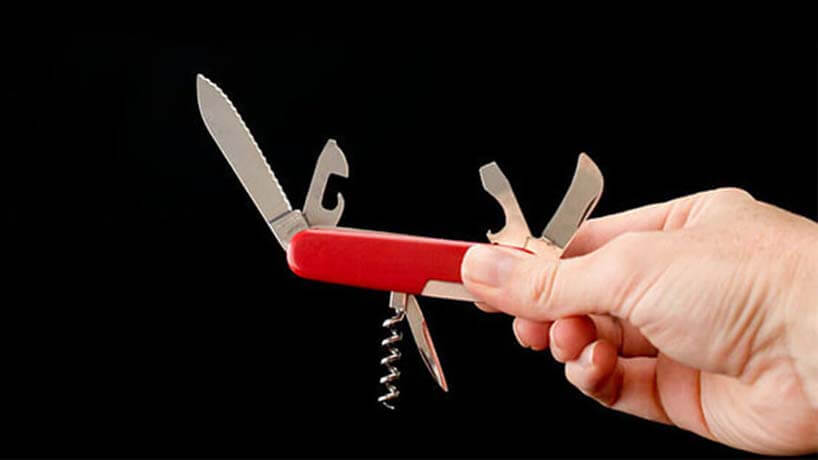 Back when you were a kid, having the best Swiss Army knife was a status symbol and the king of all tools to get you through boring days. Swiss Army knives are still some of the most versatile and useful pocket knives to this day.

When combined with modern practices and technology, these knives are incredibly useful and can often be your lifeline when you’re in a pinch. Our guide looks at some of the best Swiss Army knives on the market and how you can get the best value for your money – and the perfect knife for you!

We’ve gone through tons of Swiss Army knives and have handpicked our 7 favorite knives to review. We take a deeper look into each of the knives and talk about what’s special about them. You’ll know exactly what kind of performance to expect from them and what they can do for you.

Our goal here is to save you time and effort by bringing you best knives that live up to their claims, give you value for your money, and a balance between performance and durability. Let’s take a look! 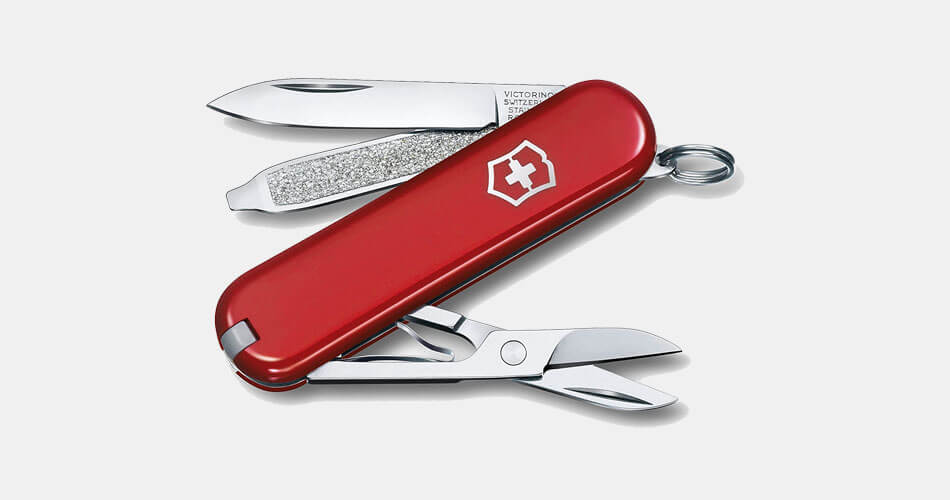 This Swiss Army knife is a classic gentleman’s pocket knife. It’s designed to give you the basic utility of a pocket knife, along with on-the-go grooming tools like a nail file and scissors. It’s a compact pocket knife with a surprisingly long and sharp knife. There is no serrated edge, which is made up for by the sharpness of the blade.

You’re also getting a slot near the top of the body for the tweezers and toothpick. It’s a great knife to slap onto a key ring for quick and easy grooming in a pinch. While it’s not the most versatile knife, it’s great considering the price and features you’re getting. It’s a top choice for the best cheap Swiss Army knife if you want something compact and basic.

If you want to learn how to clean and maintain a Swiss Army knife correctly, here’s a great guide to help you get longer life and better performance from your knife. 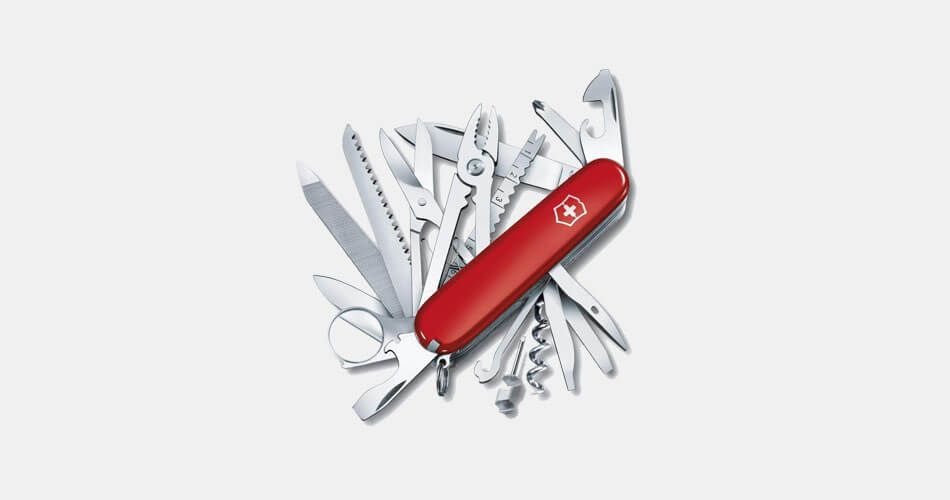 This might be the best quality Swiss Army knife with this level of versatility and functionality. You’re getting an unbelievable 33 functions packed into a pocket knife that’s less than 10cm long. It’s a weighty knife that feels solid and capable in your hands. The larger body gives you all the gripping space and leverage you need to work with the knives, saw, screwdrivers and wire shredder.

Despite being so fully packed, the individual tools are responsive and easy to select and lock in place. You won’t go through the struggle of having to lift 5 other tools just to put one of them back in place. If you’re an outdoor enthusiast, this is one of the top Swiss Army knives to get your hands on. 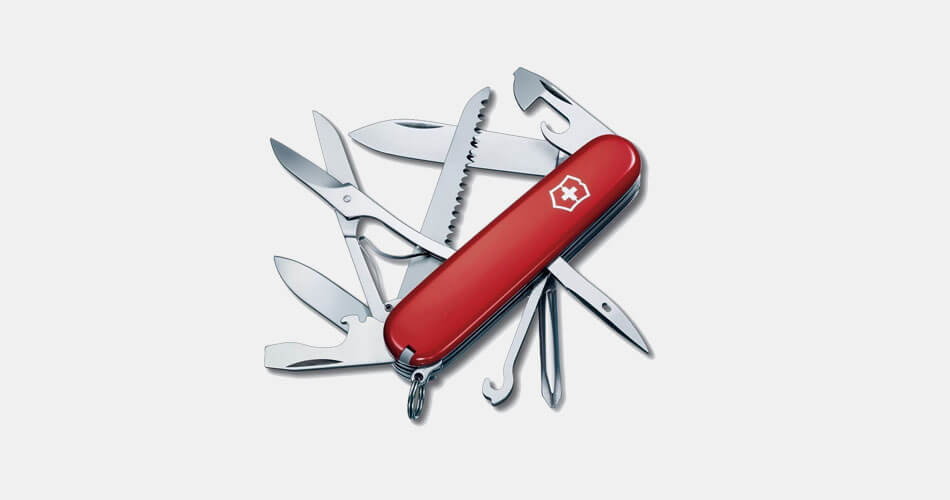 The Fieldmaster is a great example of a near perfectly balanced pocket knife. It strikes just the right balance between feature richness, portability, and durability. You’re getting possibly one of the top picks for best Swiss Army knife for the money. With 15 different functions, it’s a reliable outdoor companion that can handle heavy cutting and sawing – and lighter tasks like bottle opening and prodding.

It’s a well-designed, durable, and versatile knife that sticks close to its classic roots. You don’t need to worry about finicky scissors or hard to grip handles. This knife stays true to classic field knives used by the Swiss Army in their early days. 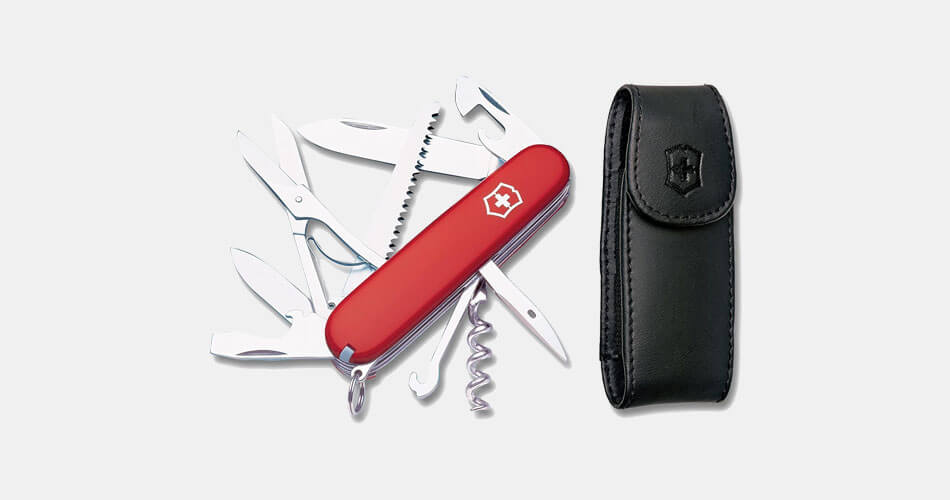 Here’s a supremely versatile Swiss Army knife. You’re getting 15 different functions for a set of 12 tools. It’s an excellent knife for using both indoors and outdoors. It’s well-suited to the outdoors and the saw is fantastic. There are no blade guards or stops, so you’ll need to be careful when cutting – especially when the body is wet. You’re getting a very well-crafted knife that’s going to last you a long time (as all high-quality Swiss Army knives should).

This knife gives you one of the best balances between size and functionality. It’s a little heavy when it’s in its leather pouch, but you won’t feel this if it’s clipped onto your belt. This is a tempting choice for the best Swiss Army knife for EDC (every day carry) and has the functionality to cover you in most situations. 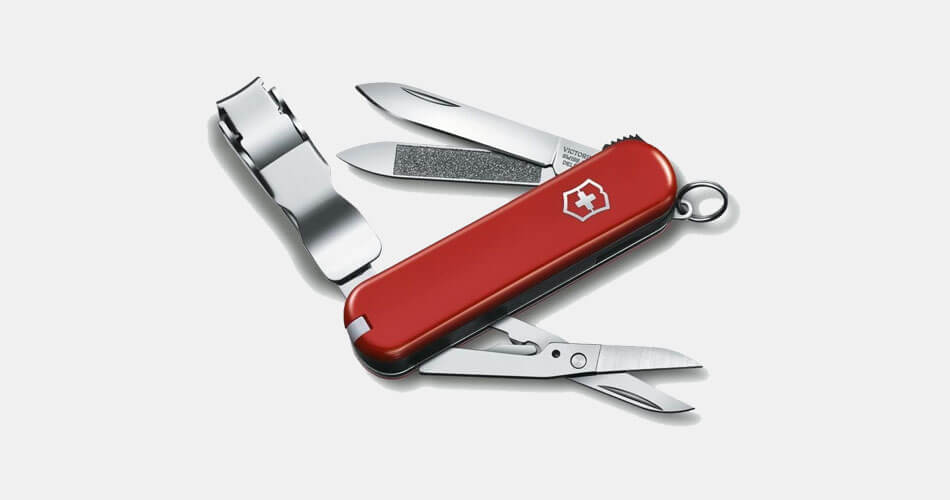 This is a premium quality self-grooming and basic utility Swiss Army knife. Its lightweight and compact design make it one of the easiest tools to carry around with you every day. The knife is a little on the short side and the nail clippers might struggle on thicker toenails. Despite this, you’re getting a sturdy and durable knife with firmly set tools that won’t give under pressure.

Other than looking great, it’s also expertly designed – and this is reflected in its price. You’ll pay slightly more than you would for other 7-tool gentleman’s pocket knives, but it is well worth the money. It’s one of my favorite choices for the best Swiss Army knife and a reliable EDC pocket knife. 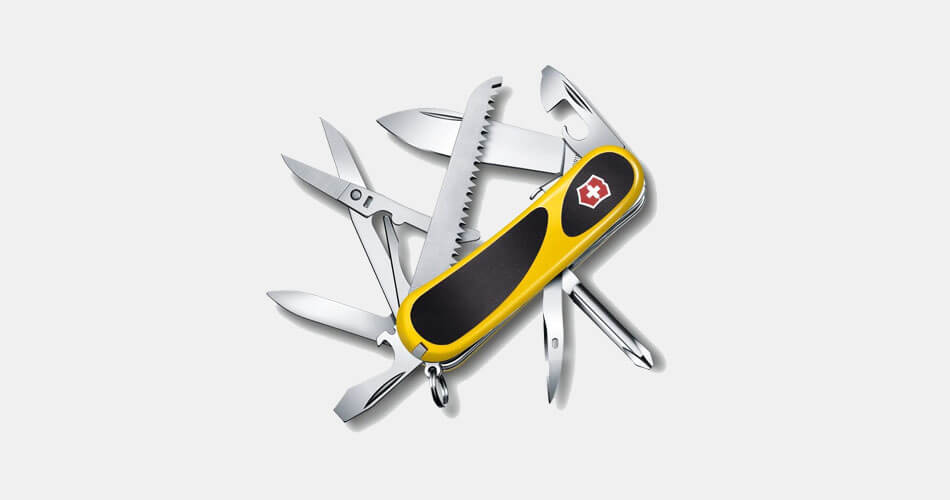 Here’s where Wenger’s innovation meets with the strict and methodical approach of Victorinox. You’re getting the best of both worlds. Wenger pocket knives were known for their creativity and boundary-pushing knives. All of the features and aspects of the knife that were pure quality made it through the takeover.

Anything that wasn’t up to Victorinox standards was scrapped. This leaves you with a highly refined knife that’s built to last. It’s one of the most ergonomic knives you’ll get your hands on and has all the performance and features you’d expect from a high-end Victorinox best Swiss Army knife.

The blades are exquisitely sharp and easy to maintain. You can quickly and easily release and set the lockable blades without having to deal with a protruding locking tab. These inexpensive Swiss Army knives give you more quality than you pay for and will be by your side for years – if you take good care of them. 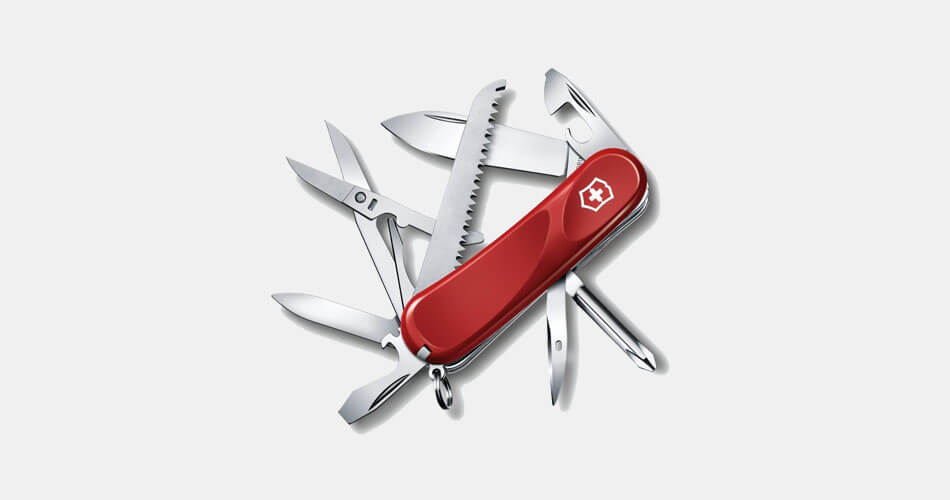 This is one of the survivors of the Victorinox takeover of Wenger – and with it came a successful redesign. This saw several improvements made to tools like the saw and a new magnifier. You’re getting a versatile knife that packs tons of features without compromising the overall integrity and durability. You’ll need to take good care of this knife if you want it to last.

It’s easy enough to sharpen and you need to make sure you keep the inner cavities clean and free from obstructions. The scissors stand out as one of the better design pairs with a top-quality spring to make it as responsive as possible. This is one of the top Swiss Army knives for general indoor and outdoor use.

How I Picked the Best Swiss Army Knife for Myself

To a pair of untrained eyes, Victorinox Swiss army knives may look too similar to pick out a favorite. However, if you know what you’re hoping to get out of the knife, it is easier to choose. First of all, think about what you plan on doing with this Swiss army knife. Are you going camping with it? Then you better pick one that has a lot of extra attachments, such as a mini flashlight, a pair of scissors, a saw blade, etc.

On the other hand, if you just want to use this knife as an EDC, then you’d be better off just going for one that’s got some standard attachments. Second, what tools are you going to replace with this knife? Most people get a swiss knife, so they don’t have to carry around extra tools such as a screwdriver or a bottle opener.

Thinking about this will also help you pick the Swiss army knife with the right features. Other things you need to consider are size, budget, and style. Once you’re particular about these features, you can quickly scroll back up, read through the product descriptions, and pick one for yourself. That’s how I picked mine!

Q: What Is a Swiss Army Knife?

A: A Swiss Army Knife is an all-around knife used for any activity or need. This knife is compact and usually comes with many additional tools, including a screwdriver, a scissor, a bottle cap opener, and a fire starter. The tools included in each Swiss Army knife differ with the brand. That is also true for the type of metal used in the construction of the knife.

A: There are several reasons why anyone would want to own a Swiss army knife. One top reason is its versatility. From the smallest to the most significant tasks, the Swiss Army Knife can do it all. The other reason is its portable and compact design. With its multiple uses, this knife is an excellent investment that will make your life easier.

Q: What Angle Should I Sharpen a Swiss Army Knife at?

A: You should sharpen them at a 15° to 20° angle. Any more than that and you won’t get a good angle on the edge and the blade won’t stay sharp as long as it should.

Q: How Long Do Swiss Army Knives Last for Before They Need to Be Replaced?

A: This is highly dependent on the quality and durability of the blade you bought. I’ve had Swiss Army knives that have lasted me for over 5 years, and others that have started to rust and fall apart after one year.

From my experience, my care and maintenance routine had the biggest impact. When I didn’t keep the knife dry or in a good leather pouch, I found they didn’t last nearly as long as others. Keep the blades sharp and the knife safe and dry.

Q: Is a 2” Blunt Blade Long Enough for Most Outdoor Use?

A: You’ll get away with a 2” blade, but it’s most likely not going to be enough for extensive outdoor or even EDC use. I prefer 2.3” – 2.5” blades, but that’s my personal preference. Let experience guide you here.

We’ve given you 7 excellent choices to help make your decision easier. These knives are fantastic and give you more than you’re paying for. Remember to treat these knives with care and you’ll get even greater quality and performance from them.

All that’s left is for you to make your decision. Feel free to take your time and go back over the reviews again until you’re ready. Once you have the best Swiss Army knife, you’ll be ready and equipped to take on whatever life has to offer!