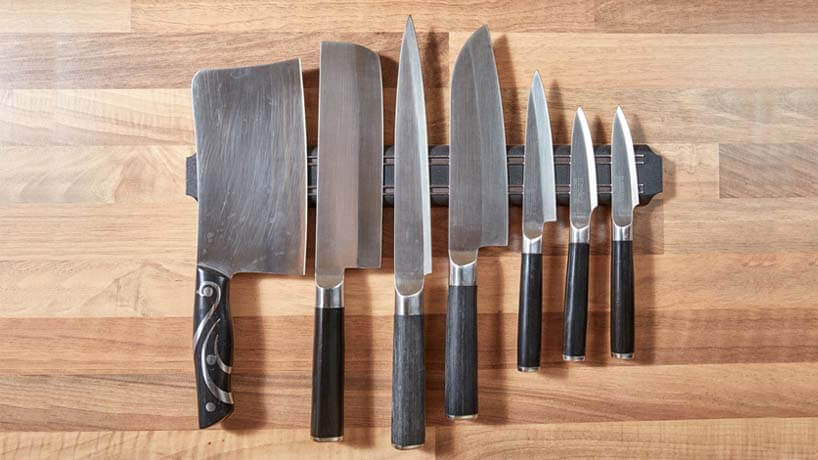 The first time I ever bought myself a new kitchen knife made me feel like a real professional. I thought I was Gordon Ramsay on steroids. I went into the kitchen, pulled the new knife out of the box to unveil an elegant piece of the finest steel I’d ever seen.

Also, I quickly grabbed a cutting board and placed some vegetables under the blade; I pressed down with the knife, and it sliced so effortlessly. Then I slapped a nice whole chicken onto the board and began to debone it. I soon realize that the knife is catching on something while cutting. The knife had a colossal chip right in the center of the blade!

What Are You Doing Wrong?

If you don’t want to end up like me on my fateful day of knifing, then you might want to listen up cause this will save you from many perilous kitchen experiences. The biggest mistake I made that day was not trying to cut through chicken bones. Instead, the problem was that I didn’t know what the knife was supposed to be used for.

I went back to the online site where I bought the knife, and to my surprise, the knife write-up stated very confidently, “VEGETABLE cleaver.” It then said, “do not use to cut bones or shelled fruit”. So my lack of care for the details is really what happened. Let’s save you from making the same error.

Many Common mistakes come from misconceptions that we carry or from a lack of knowledge, the details surrounding kitchen knives are not complex and are pretty valuable in the long run. The type of steel will tell you if it is a good quality knife or not, and the corresponding hardness of that steel will describe its performance. The hardness rating or the HRC will range from very hard to very soft.

HRC 54 and below is considered soft, and HRC 59 and above is considered hard. Soft steel is very tough to break but doesn’t keep its sharpness very well, whereas hard steel is quite brittle and damage-prone but has unyielding sharpness. So unless you’re an experienced chef, stick below 59 and above 54; it’s the safe zone. Most modern-style kitchen knives are around 56 HRC.

The first thing to consider with knives, as mentioned before, is the intended field of use for the knife. A knifemaker designs his products with a specific purpose in mind. You should ensure that you use vegetable knives for vegetables, bread knives for bread, and butcher knives for butchering.

Many people fall prey to this mistake because it means that you can’t use one knife for everything. One size does NOT fit all! Even if you are using the right knife for the right task, you can still end up messing the blade up by maybe using a hard surface board like a glass board to cut against a marble countertop.

Often, people will scrape the cutting board with the knife blade to remove the leftovers or off-cuts from the board. This is a bad habit that can be corrected with one easy motion. Turn the knife around and use the knife’s spine to scrape stuff off so you’ll prevent the blade from blunting.

There is a lack of different knife types in most households, and many don’t pride themselves on knife sets because of the price. If you work with thick meat or bones, it might be a good idea to get yourself a butcher blade or a deboning knife. And the same goes for the other types of food being used with the correct type of knife.

Most brands or knife companies will have a write-up about their knives. Use it wisely. Look at a couple of different knife sets, and try to increase the range of blades you have; it doesn’t have to be expensive. 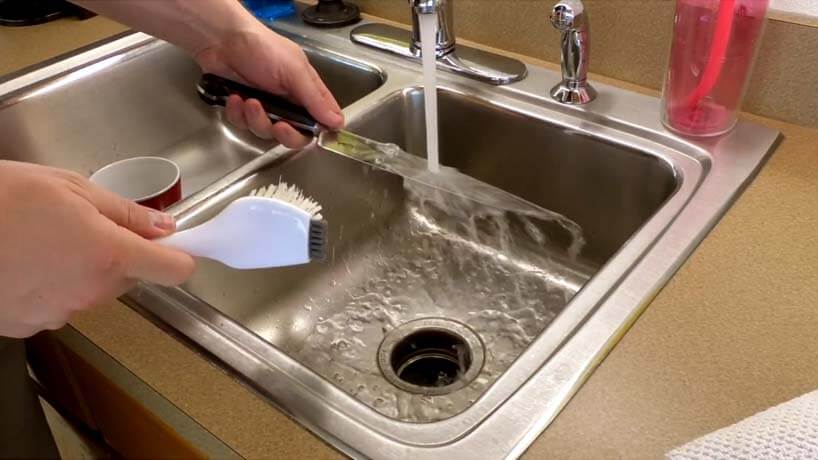 This is a heavy factor in determining how long a knife will last. Whether it is cleaning, sharpening or honing, some maintenance form should make up the kitchen to-do list. When cleaning kitchen knives, one of the most common mistakes is to leave the dirty knife in the sink until it’s time to wash the dishes. This is not a good practice for knives. A knife needs to be cleaned soon after use, not four or five hours later.

When cleaning, be sure to do it by hand. Sharp knives are not dishwasher safe, they will bump around, and the knives will get scratched, and even worse, they might damage the protective layer on the inside of the dishwasher. After you have finished washing them by hand, they shouldn’t be left to air-dry – Dry them immediately by hand with a clean hand towel.

The way you store your knives is also crucial to their life span. If you don’t have a knife sheath or a storage block, you should think about getting a cover of some sort. Otherwise, the knives will be exposed to the elements and might start to rust. If they are kept in a drawer, ensure that they are fully dry before putting them away.

If you are using an electric sharpener, then be sure to sharpen it in short bursts. After each burst, test to see if it is at a good sharpness by pressing the knife down on a piece of paper. If the knife doesn’t cut right through easily, then it may need to be sharpened more.

On top of sharpening, another good caretaking practice is honing. Technically, a blade should be honed before and after use. But if you just do it before you use it, then you’re doing well. It’s a simple process that takes a couple of seconds.

Don’t allow yourself to be too overwhelmed by the barrage of information that’s out there and the ocean of possible mistakes that could ruin your beautiful knives. Sort through it slowly, and you’ll soon get the hang of it; it just takes a little bit of time. Try not to skip out on buying a couple of extra blades for your set because this will help a lot to avoid those common mistakes everyone makes with their kitchen knives.

Take good care of the knives that you have, and if they are of decent quality, they should last just about forever; it’s a good investment. Now that you know most of the common errors that people tend to make, you can avoid them. They always say it’s better to learn from other people’s mistakes instead of having to learn the hard way from your own.