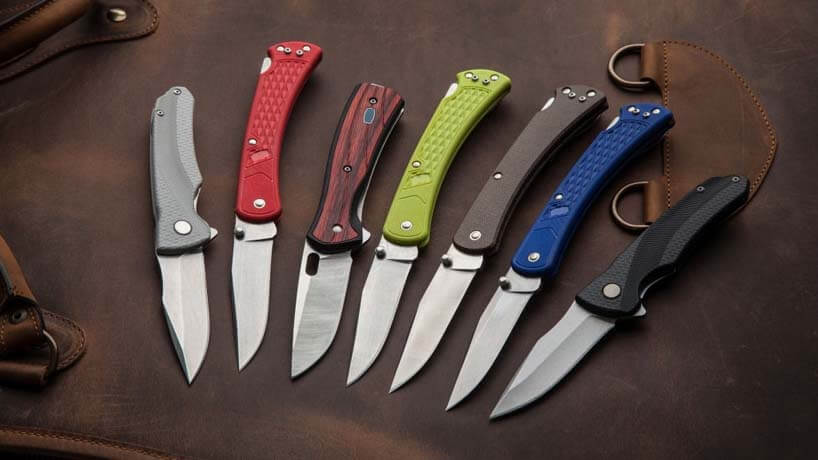 A tactical knife is a hardy knife designed for extended outdoor use. It thrives in harsh conditions. Military personnel often take these knives as their default knife choice because they are reliable in any environment. Today, let’s look at what to look for in a tactical knife. A tactical knife is similar to a survival knife in build and functionality, but it differs in efficiency.

A tactical knife needs to be very sharp and easy to handle while being light to carry. But heavy enough to deliver deadly force to the object in question. The tactical knife’s details are essential to note because the small thing that makes this knife different is also its superpowers in the wilderness.

Special forces and navy SEALs use many types of tactical knives in and out of combat. The longer fixed blade dagger-type blades are generally used for aggressive action, either in battle or close hand-to-hand style fighting. This is not the only use of tactical knives; they are used to rig explosives, disarming bombs, and set up technical equipment or fences.

What to Look for in a Tactical Knife

In general, a great knife is made with the highest quality materials and with the most intricate design. If a knife is designed well and has a perfect length, size, shape, and fit but lacks suitable materials in its manufacturing. It will become dull quickly and be very prone to damage. Simultaneously, if the knife is poorly designed, it might fall apart after intense use or hurt the person holding it. So let’s take a look at what makes a tactical knife stand out above the rest.

This is a significant factor in determining the overall rating of a tactical knife. The type of steel used will indicate its quality, and it will show you how well the blade is likely to perform. There are many great steel types, but the ones to look out for are high carbon German steel, Japanese steel like VG-10 or aus 8, and high-grade stainless steel.

Any of these types of steel will last longer and will perform very well at their intended tasks. The way that you would be able to tell what steel is intended for in terms of the job profile. Then you might want to check out the HRC or the hardness rating of that steel. Japanese steel like VG-10 can be tough and would have a rating of somewhere between 59 and 60.

This steel is incredibly sharp, which is an added benefit for tactical use; however, the harder the steel is, the more brittle and less durable it is. A high carbon german steel would have an HRC of around 56-58, which means that it is still tough and will keep sharp for long. But is also stronger than Japanese steel and will be less prone to damage.

This type of steel is not as sharp but will last for long, as far as durability in harsh conditions goes. Any kind of steel below 55 HRC might not be the best for a tactical knife. So keep an eye out to see what the hardness rating is; it makes all the difference. 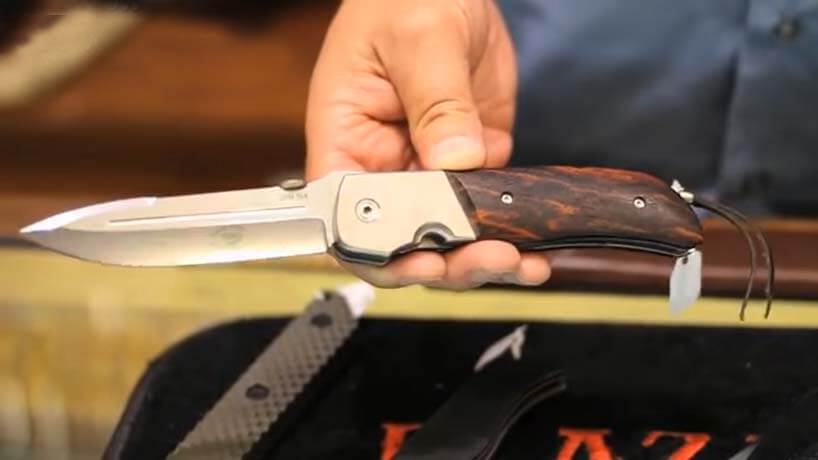 The handle is the only piece of the knife that is safe to hold on a tactical knife, and just in general. It’s probably not a good idea to hold a knife anywhere but by its handle. Most tactical knives come with synthetic handles either made from nylon or carbon fiber, maybe even fiberglass.

These are all strong types of material that are not very likely to break. However, there are a couple of particular types of handles that you should look out for. Some examples are micarta, G10, titanium, and pakkawood. These are long-lasting, sturdy materials that can take a lot of punishment, so they are used in tactical knives a lot.

The handle might be made of excellent materials but can still be poorly designed and end up giving you no grip at all. And when it comes to tactical knives, grip strength is critical. A gripping pattern that you would want to look out for is the diamond lattice style; they have a high friction yield and offer a firm grip.

The design, as mentioned previously, is a massive part of the knife that gets overlooked often. The blade’s structure, meaning how the knife designer decides to shape the edge and the spine, will determine if the knife is suitable for a tactical purpose. You might want to consider a clip point, tanto point, or spear point for a tactical knife.

These have excellent blade durability because of the position of the point. The blade’s point had a lot of support, allowing the brunt of the force to be evenly distributed around the whole knife. The folding types of tactical knives might not be as effective as the fixed blade types because they are too fragile for very forceful tasks.

The many joints and moving parts compromise the knife’s reliability as far as durability and hardiness go. On top of the fixed blade preference, it might also be a good idea to get a full tang handle as well. The partial tangs are fine, but the full tang gives a knife brilliant balance and more control. A partial tang is also more likely to break under high levels of pressure.

A tactical knife also should have a comfortable grip, starting with an end cap at the back of the handle to a rough middle section that can provide a large amount of grip friction. The front of the handle should have some kind of finger groove that is deep enough to allow for maximum leverage when used aggressively.

We’ve discussed a few of the main factors that make a good knife and what to look for in a tactical knife. Other vital pointers might add a bit of extra control or extra strength to the blade. But for the most part, they are merely add ons. The core of a knife’s effectiveness and performance are the notes above. If these factors are all in place, then you are ready to go.

A tactical knife is designed as such, but that doesn’t mean you can use it in other outdoor arenas like camping or hunting. They are massively efficient and reliable blades that won’t let you down when you need them the most. You might want to do a bit of maintenance on them regularly to give them a longer lifespan.

Especially if you’ve been working in dirty, wet conditions. It’s a good idea to clean and dry them properly before storing them. Otherwise, the power’s in your hands – Make the most of this information and pass it on. You’re ready to make that final choice, and if you know exactly what you are looking for, then it should be a breeze getting the right tactical knife for you.