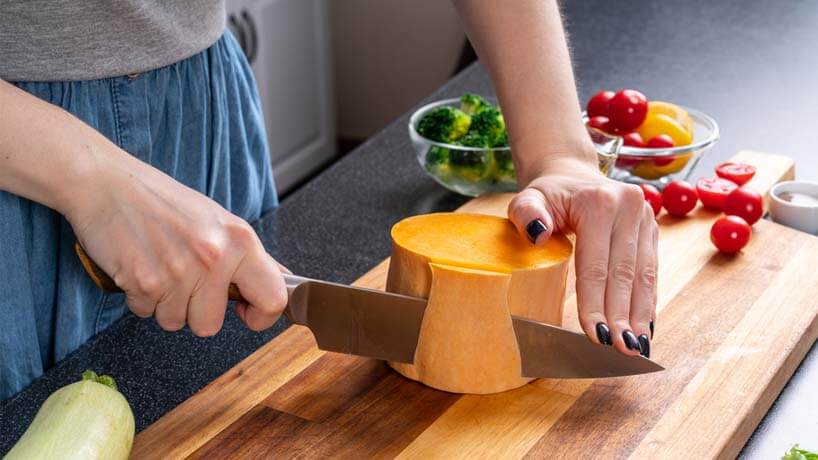 As an Amazon Associate I earn from qualifying purchases at no additional cost to you.!

“Don’t hurt yourself” The statement every child grows up hearing! It’s true – many people, especially young people, often get hurt playing around with knives, and far too often, it could have been avoided with a little bit of safety knowledge.

Whether it’s in the kitchen or outdoors using a folding knife to cut a piece of rope, we all need to be able to handle knives safely. Nicking your finger on a sharp blade is one thing, but there is always a possibility that you could cut your finger right off in an accident. So we’re going to give you some knife safety tips when using a knife.

Each knife type is different and would have to be handled in a specific way. A folding knife wouldn’t need to be used in the same way as a kitchen knife. However, there are still some safety tips that carry over throughout all types of knives.

Knife safety is not only about your safety but also the people around you; anything can happen when you’re not paying attention. Most outdoor knives have safety features that help with basic safety when opening or closing a knife. Still, we’ll fill you in on other necessary safety measures you can take to avoid unnecessary mishaps.

Secure Your Chopping Board

We’ll start with looking at kitchen knife safety. The first part of the cutting process is to place a cutting board on the counter so that you can protect a knife’s blade from getting damaged on the hard surface of the counter.

The problem is that people far too often make the mistake of not securing their cutting board properly. This callousness leads to the cutting board sliding in the middle of cutting which is dangerous. So it would help if you placed a damp cloth or rag underneath the cutting board to stop it from sliding, and that way, you can chop food safely. 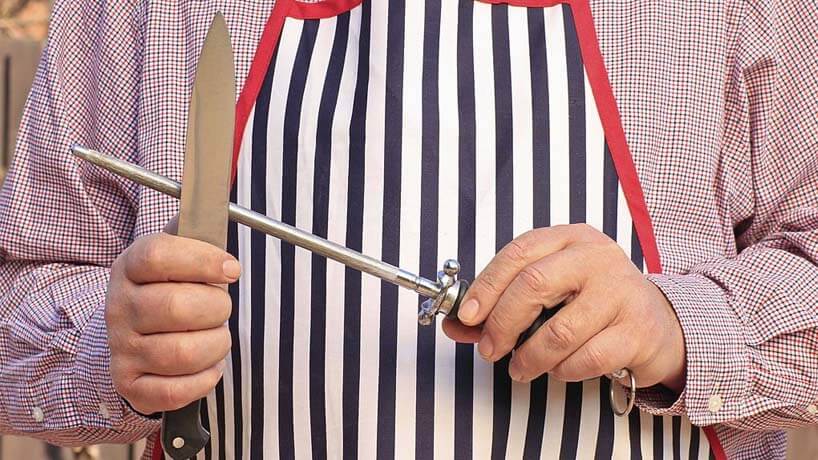 This is probably the most common mistake that people make without being aware of its consequences. A blunt knife is more dangerous than a sharp knife! That’s right. A blunt knife requires more force to be applied to cut the food items, which means that if you slip and land the blade on your finger, you won’t just have a bloody finger; you might just end up with no finger. A sharp blade doesn’t need much pressure to cut with, so if you do slip, you might just be left with a light cut. So keep your knives sharp.

Make a Flat Surface on Your Ingredients

Take a tomato as an example; the skin is slightly thick and harder to cut. So you might have to hold the tomato with your other hand a little more firmly to cut through, which is dangerous.

We do this to stop the items of food from sliding around. What you should do to counteract this is to cut a thin slice off the bottom of the ingredient to make a flat spot. You then place the food on the flat spot, voila, no more sliding and no more death grip on the food.

This is an everyday kind of issue for many people. When you’re in the kitchen a lot, you’ll know of the many sliced fingers that come with it. The number one way to avoid being cut but any knife of any type is by correctly positioning your hand that’s not holding the knife.

The further away your hand and fingers are away from the blade, the better. The correct position that you need to learn is called the crab or claw grip. It would help if you never had your fingers lying flat on an item of food that you’re cutting; it’s a recipe for disaster.

Place the heel of your palm on the back end of the food to stop it from moving around, and then position your fingers in the shape of claws. This will make your knuckles point out instead of your fingers. When you then slice with the knife, your knuckles can guide the knife while still holding the ingredients in place.

Never Wave a Knife in the Air

It might sound silly, but it happens regularly enough that someone gets poked in the eye with a knife because it was being waved around unsafely. When you have a knife in your hand, you need to be mindful at all times where the blade is pointing.

You shouldn’t ever have to swing a knife or wave it around. Hold the blade facing downwards if you have to walk with it or move it. But if possible, place it in a sheath when moving in from one place to another. This is not to prevent cutting yourself with a knife but to stop other people from getting hurt.

Use Your Dominant Hand 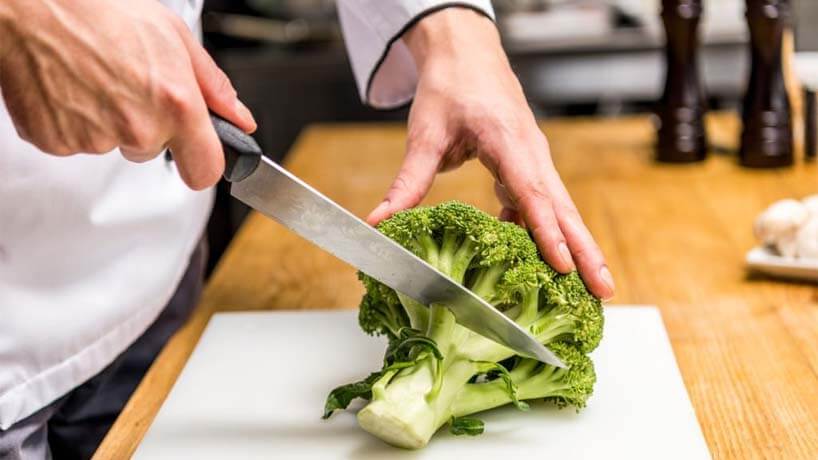 Unless you have to switch hands, for some reason, always use your stronger hand to cut. The weaker hand is not used to the action of cutting and wielding a knife. And so it’s very probable that you’ll make a mistake or slip up accidentally when using your non-dominant hand. Maybe you’re incredibly skilled and ambidextrous, in which case you might be ok. But as for most people, stick to the strong hand for cutting.

If a tiger is chasing you and you have to rush because your life depends on it, then sure, go as fast as you possibly can. As for ordinary circumstances, you should take your time because you make mistakes and cut yourself when you rush through things. Easy does it is the knife safety definition; don’t try to slice like a professional chef on TV because the chances are that you don’t have the experience to do it safely.

In the outdoors, knives are exposed to the elements of the wild, and so they tend to get damaged much quicker by rust and corrosion than if they were used indoors. So try to avoid leaving your knives in the tool shed after use.

Safety should be at the forefront of your mind when working with knives. They aren’t toys and should be treated as a weapon or hazardous item. That way, you can be sure to keep yourself and the people around you safe. Our knife safety tips when using a knife are foolproof.

If you stick to them, we guarantee that you will have way fewer unnecessary accidents that could have been avoided. It might also be a good idea to give your kids knife safety training so that they don’t have any mishaps when no one is watching. Trust us when we say it happens, and it happens very often.