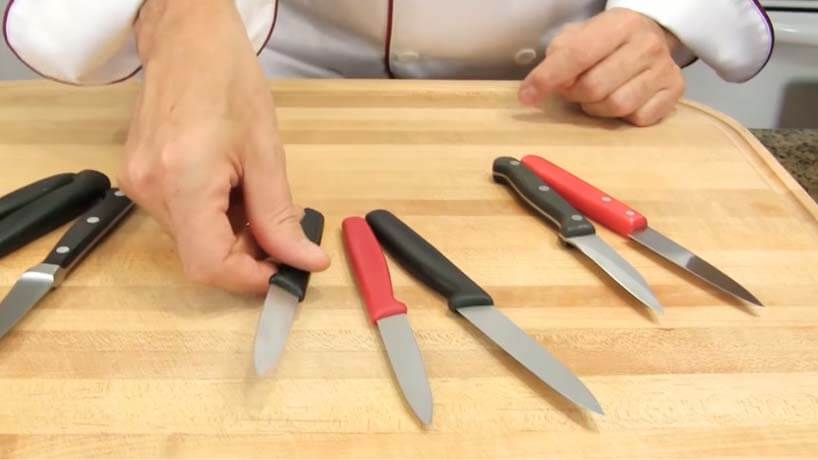 The kitchen’s mastermind is the paring knife, and while it’s not a chef’s knife, it sure has a lot of uses. You might be surprised to hear of a paring knife and may not even know what it is, and that’s okay because we’re going to run through everything you need to know about the paring knife.

If you already know about paring knives and what they’re about, then this write-up can still offer you some insights into what you may have been missing when it comes to paring knives. The problems of a typical household kitchen are safety, efficiency, and longevity.

This means that the kitchen needs to stay clean to be safe, needs to have good equipment to be efficient, and needs to have solid and high-quality items that will last a long time so that you save money in the long run. We will address the efficiency problem in this read, and we’ll highlight how the paring knife might make your life easier in the kitchen. So let’s take a look.

Everything You Need to Know About the Paring Knife

What Is a Paring Knife?

A paring knife has a small curved blade that eases into a sharp tip, with the blade being roughly as long as the handle. These blades are razor sharp and offer many functions, from peeling potatoes to skinning tomatoes. For the most part, all of the things that a chef’s knife would struggle to do safely. A chef’s knife has that curved blade edge so that cutting on a board can be smooth and efficient.

A paring knife isn’t shaped that way for the same reason, but we’ll get to that later. So what is paring then? The definition of paring is to trim or cut away the outer edges of something. So paring is not confined to the kitchen, but it is something that you find very often in a kitchen setting. A paring knife gets its name because it was designed, but it isn’t limited to only that.

Paring has been around forever because not everyone likes skins on their vegetables. The removal of the skin would, in most senses, be considered paring, but it has evolved to other things. Many households have a paring knife or two because of their handiness and versatility, and their popularity continues to grow with every dying moment. 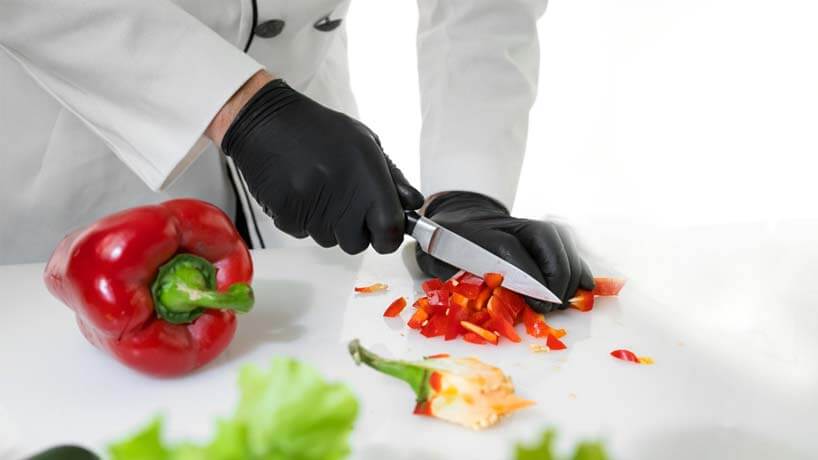 One of the primary uses of a paring knife is for coring and peeling. Take a tomato, for instance. You can take the pointy tip of the paring knife and cut a small circle in the top of the tomato to remove its core, which would be pretty tricky with a large knife.

Then you mark an X on the other side and start lifting the skin from the middle of the X using your thumb to hold the skin in place on the blade. Another thing that paring knives are used for is for segmenting fruits. Take an orange. The segments in oranges are separated by skin which can be a little tough to eat on occasion.

So you can remove the shell of the orange, take the orange in one hand and use the thin, small blade to slice in between the skin and the segments of the orange allowing you to remove the fruit without the skin covering the sides. Paring knives are also brilliant for thin slicing and detailed tasks, like slicing up garlic or preparing bell peppers, pulling thin slices of cheese off a block, and deveining shrimp.

The options are almost endless because the knife is a perfect size and shape for all those other impossible things with a bigger chef’s knife or cleaver of some sort. Efficiency is the name of the game, and if you’re spending ages trying to do these things with a massive knife, then you’re missing out on the good life.

What to Look for in a Paring Knife

Like any piece of equipment you would buy in any other sphere of life, the quality and details matter when it comes to a paring knife. You wouldn’t ever buy a car without first doing a lot of research beforehand. While a paring knife is not nearly as expensive as a car, the same still applies. There are vital things that you should consider when buying a paring knife.

If the knife is blunt, then don’t try to pull a stunt. A knife with a blade made from cheap steel will become dull very quickly and will most probably rust and end up being unusable within 6 months. You need to check that the blade is made from high-grade stainless steel, like high carbon German steel, durable and good at keeping its edge for long periods.

Paring knives don’t work if they’re blunt, so you read reviews from people who have used the knife before and see how they found the knife. Some people don’t take care of their knives, and so their knives will end up being damaged even if they are ultra-high quality, but we know that you will take care of them, and so we aren’t too worried about that being the reason why the knives won’t last.

The handle is the backbone of the knife, and you’ll find that, with any knife, if it has a handle made from weak material, then the knife will find its way to the trash can in no time. You should avoid plastic handles that look flimsy because the chances are that if it doesn’t look strong in a picture, then it isn’t in real life either.

It would help if you looked for titanium, nylon, carbon fiber, or wooden handles for these knives because they will offer the most significant strength. Trust us when we say that a paring knife is unusable if the handle develops cracks. Your fingers will get pinched to death when you use them, so always go for the more durable version.

After all of the research that we compiled on paring knives, we found that most people don’t know what paring knife is used for and don’t perform typical paring tasks daily. We then found out that people don’t do any paring because it’s too much of a hassle to do it efficiently, not because they don’t want to do it.

So after finding out about paring knives, the reports were that these households started to use their paring knives even more than their chef’s knives. You see, not everyone likes to cook a three-course meal three times a day; sometimes, it’s nice to take a chill pill and have a small, easy-to-prepare meal that generally only requires a small paring knife. That sounds like convenience and efficiency in the bag. So now go ahead and grab a paring knife and see for yourself.