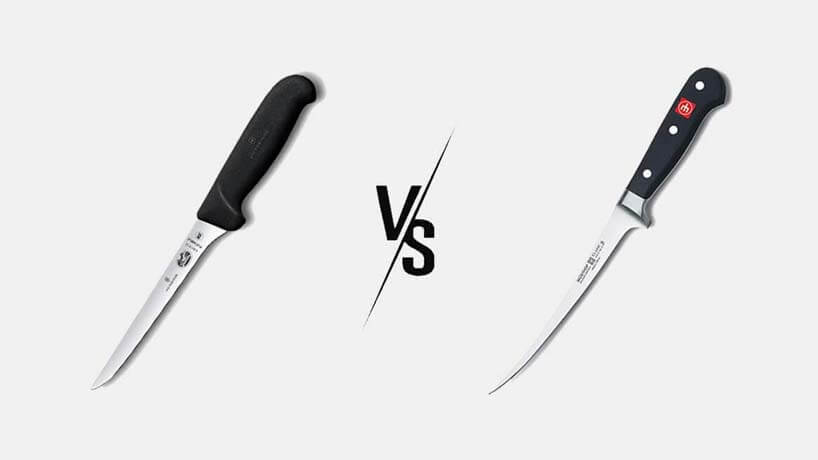 Several people mistake a boning knife for a fillet knife and vice-versa. And one of the reasons for this is because they cannot tell the differences between these two knives. When you understand this fillet vs boning knife review, you will know how to use each of them distinctly and proficiently.

One reason people find it challenging to differentiate a boning knife vs fillet knife is that they have similar blade shapes. However, in this guide, we will list some distinctive features in addition to their blade shapes that will help you identify one from the other. A boning knife is used to separate the bone from the meat.

This boning knife vs fillet comparison review helps to highlight the general concept that each knife stands for:

An Overview of the Boning Knife 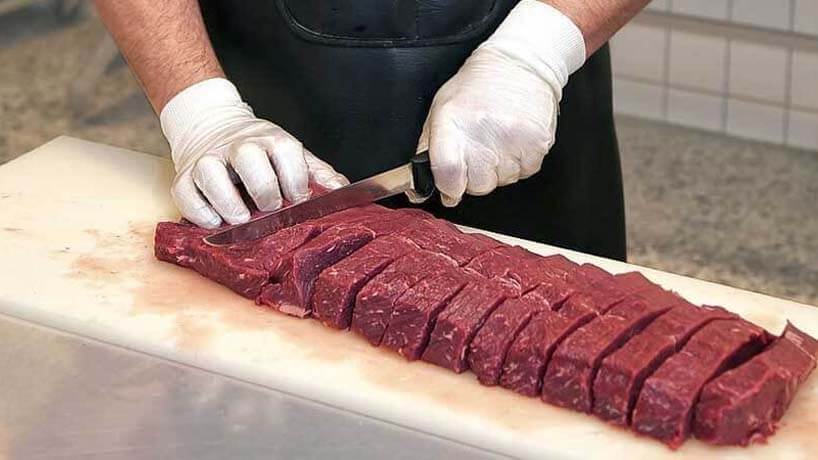 Anytime you want to remove bones from beef, pork, or chicken, you will be glad to have a boning knife by your side. With a boning knife, it becomes easy to debone any meat, and it makes your job easier, particularly if you are on a tight schedule. One of the distinctive features of a boning knife is its long and slender blade structured for seamless maneuvering.

If you want to debone soft meats like poultry or rabbit meat, the flexible blades are meant for it. While for tough meats like beef and pork, the stiff blades come in handy. On the average, the length of a boning knife is 5-6 inches. Although it could be longer depending on what it is needed for.

Also, some fillet knives are considered to be more multifunctional than the fillet knife. In comparison to fillet knives, most boning knives are more expensive. However, the major determinants for the cost are the manufacturer and the location of purchase.

An Overview of the Fillet Knife

If you eat fish a lot, you will have more use for the fillet knife than the boning knife. For anyone who is in the act of preparing fish ranging from a chef to domestic kitchen tasks, a fillet knife is essential for deboning. It becomes easier to remove bones from your fish with a fillet knife without spending too much time.

When compared to a boning knife, the fillet knife’s blade is thinner and longer. And this is why a fillet knife is more productive in removing the delicate fish flesh from the bones in a neat manner. The thin blades of the fillet knife are structured to be very flexible.

The major reason for this is, the blade can be easily bent if the fish is thicker than usual. It is vital for you to thoroughly inspect the kind of fish you want to debone so that you will know how to maneuver the fillet knife.

If you are not meticulous, there is a chance that you would end up mixing one for another when you want to buy. And one of the premises is due to the close similarity of boning vs fillet knife. The mainstream occurrence is, several people buy the one they fancy and use them for the wrong reasons.

Due to this, it is vital to know the distinctive features of fillet knife vs boning knife. Here are some critical differences that will help you purchase the right knife for your intended purposes.

Even though you will find people using a boning knife for filleting purposes and a fillet knife to debone, they are wrongly used. Even though they perform the job, there is a big possibility that you won’t be okay with the result. Hence, it is vital to use each tool for what they were structured to do.

Bearing this in mind, the boning knife was forged to separate bones from the meat, and it would come in handy when deboning pork, poultry, and beef. However, you can still use it to debone some fish that have thick flesh. In comparison, the fillet knife was purposely forged for taking the fish skin off of the flesh.

And it functions suitably during the removal of the fish flesh out of the bones. Most people would instead use the fillet knife in deboning the fish and taking out the fish skin than using two different knives.

2. Design of the Knife

If you know how the design of a typical boning and fillet knife looks, it will help you spot the difference and make the right choice during purchase. One of the easiest ways to spot out the difference between both knives is to place them side by side.

However, this might be impossible if you are purchasing from an online store. In comparison, you can differentiate one from another without going to a physical store. A boning knife comes with a thin blade with a sharp tip.

And it has this design because the knife is intended to handle bones and very tough meats. The sharp tip allows for easier penetration through muscles and cartilages. Since the fillet knife was not designed to cut tough flesh, it has a more flexible and thinner blade.

3. The Maneuverability of the Knife

Generally, the boning and fillet knives are more maneuverable than conventional kitchen knives. And this is because the tasks they were specially designed for requires that maneuverability. The fillet knife, which comes with a very thin blade and a conspicuous curve, gives you the impression that it is maneuverable, which is mostly true.

The only difference is, most boning knives come with stiffer blades that don’t offer the same level of maneuverability as fillet knives. The good news is, you will not encounter any problem maneuvering through the bones with your boning knife.

As regards the price, the brand you buy from determines the price. However, boning and fillet knives are generally less pricey than a conventional chef’s knife. More often than not, the boning knife will be slightly pricier than the fillet knife because of its versatility and blade material, which is very thick. 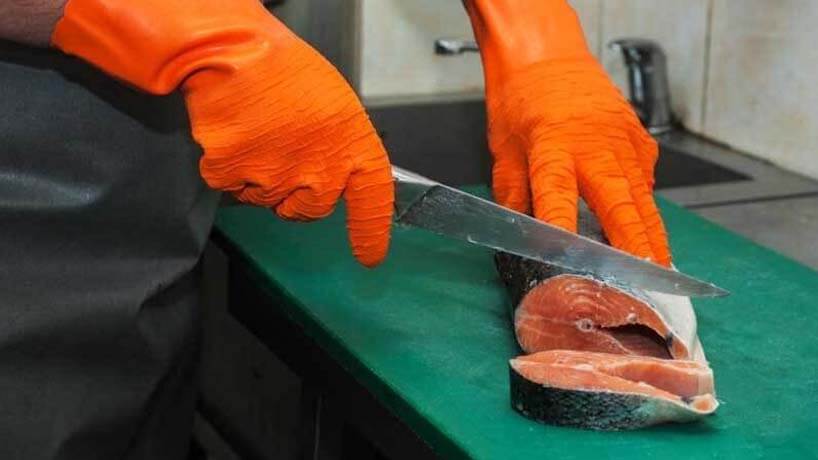 These days, there is no exact reason why manufacturers give their knives any length they prefer. And what you consider as the standard knife length does not exist anymore. Generally, boning knives have blades that are around 5-6 inches long. And most people prefer this length.

However, this does not understate the fact that there are other boning knives with blades that are more than 9 inches long. No matter the length of the boning knives, the flexibility and stiffness remain within the same effectiveness range.

So, if you buy a boning knife with a very long blade, it would work just as fine as a boning knife with the average size. For fillet knives, the conventional blade lengths are between 4-9 inches, and the regular sizes are 4, 6, 7.5, and 9 inches. Several people use the 7.5 inches fillet knife because it works fine with any size of fish.

The blade curve on the boning and fillet knives plays a crucial role in correctly identifying them. Boning knives have a straight blade from the base to the tip, and there are no fancy curves. For fillet knives, they have a more conspicuous upward curve with a curved tip.

Fillet blades are structured this way with a curved design to make cutting steady when filleting. The downside to this curved structure is, the knife is not useful for other cutting tasks in the kitchen.

If you do much deboning and filleting, it is vital to have a boning knife and a fillet knife because they will be necessary for various tasks. However, it is crucial for those who do not debone or fillet often to know the difference between boning knife vs fillet knife.

Someone who is either deboning or filleting for the first time needs to know the basic differences between them. This fish fillet knife vs boning knowledge would be quintessential in buying the right knife for the needed task.