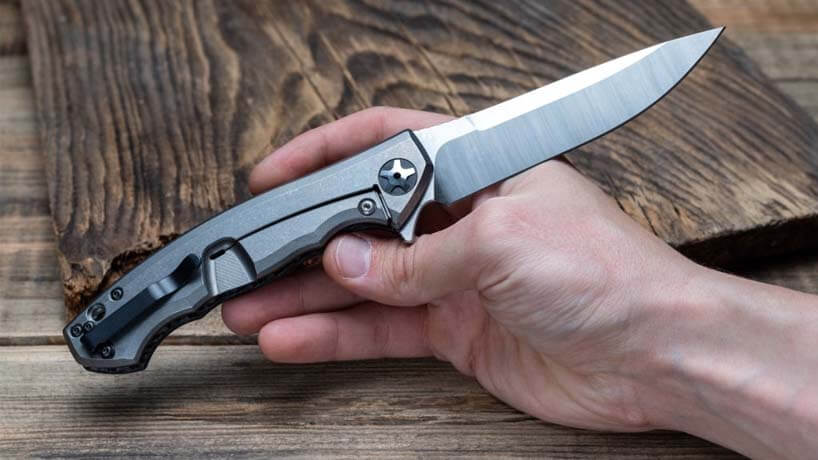 The beauty of frame locks has always caught the attention of knife lovers. But “what is a frame lock knife?” might still be a question you need to answer. Right from the beginning, when the design was first released onto the market, people thought it wouldn’t be strong enough as a knife for vigorous use.

But as time went by and more and more people started buying them, the critics realized that the knives held their own and were very sturdy instead of what they had been saying about them. This led to a massive revolution in the knife industry because the lock knives that existed already were not nearly as strong and were outdated, so people were looking for the new best thing to get their hands on.

Soon after, there were 20 different types of lock knives, each with its characteristics and opening and closing style. There are fewer styles of lock knives in modern-day times because all the ones that didn’t face up to the high-level requirements faded out.

People stopped buying the hard to open and close knives, and no one wanted the knife that they knew wasn’t the strongest, so little by little, the pool of lock knives grew smaller. Now we have a couple of excellent choices narrowed down to make the decision process more manageable.

The automatic and assisted knives are in a category of their own, and so here, we’ll discuss the manual locking frames. These types are generally stronger and more durable than automatic knives because they have fewer moving parts and because the knives are made with more straight-line support for extra damage resistance. 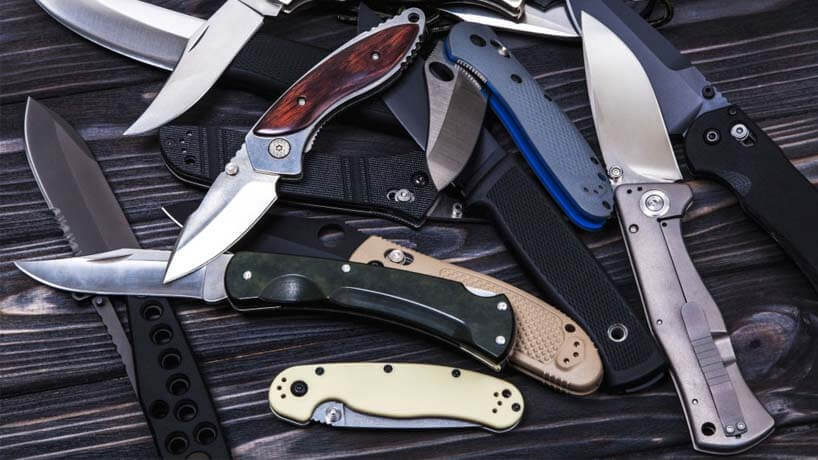 There are many types of knife locks out there. Each variety has its pros and cons, like the mid-lock, which has a piece of steel that runs along the back of the knife to lock the blade in place. It has a gap that the lock sinks into after the blade is opened, and when it’s locked, it can’t be budged unless the metal lock breaks off the back of the handle.

To unlock it, you have to push on the spine towards the middle of the handle hence the name mid lock, which frees the lock-up. There’s also the button lock which is more or less self-explanatory. This one works by a button that triggers the blade to spring open, and when the blade is out, the push-button runs across the width of the knife and stops the knife blade from moving.

The button or switch, which is more like a metal stud, sticks out when the blade is open, and when you want to close the pocket knife, the blade can be pushed back inside by rotating it back to the closed state. These are lovely systems and are just a few out of the very many that are around nowadays. Let’s take a deeper look into the frame lock and liner locks.

The liner lock has a metal liner on the interior of the handle, which is bolted down under tremendous force to ensure that it doesn’t slip out. The liner is designed to curve inwards across the knife, and because the steel is made with this style, you have to push it out the way to get the blade free.

The blade can be opened and then locked in place when the liner shifts back to its original point of curvature. This keeps the blade firmly in position and is not likely to slip out even if used vigorously. To unlock the knife and close it, you have to push the metal liner back towards the wall of the frame to free the blade from moving again.

The liner has “teeth” on it to know where to put your finger to make it move and give you a thumb grip when moving it. The liner lock is so tough because the steel used on the handle’s interior is very hardy, so the lock is less likely to give way under force.

The frame lock might be the best type of lock knife in the market. It is a basic and elegant design that needs low amounts of effort to open and close. Frame locks have a thick piece of metal that goes along the knife’s spine, kind of like a mid lock.

The frame lock also has a tooth-like grid on it to show you where to push the frame when unlocking it. This gives it grip, ensuring that your fingers don’t slip when closing the knife. Moreover, the frame is made with a curved design that naturally acts like a spring to push it into its original position.

This is where the locking happens because the frame slides into the lock gap without any help at all, and so to remove the lock after it has slid into its place, you must push the frame out, allowing the blade to fold up again. The thickness of the steel frame gives the knife its strength and the size of the frame that holds the blade in place. There’s not much chance of breaking it unless you’re as strong as superman.

How to Choose a Good Frame Lock

When scouting potential knives that you might buy, you should always dive into the details. Where were they made? What materials were used in making them? What have other people said about them? That way, you will soon learn the ins and outs of the knife without ever having owned it.

The handle needs to be made of a strong material like titanium or carbon fiber – never plastic because it will be weak and might break after a few uses. The knife’s interior needs to be shown clearly on a diagram or picture so that you can be sure that the locking mechanism is what they have said it is.

Most frame lock knives are great folding knives to have around you because they’re convenient and easy to cart around on your belt or in your pocket. I use my folding frame lock knife very often because I’m always outdoors and so it’s a great asset to have. The locking mechanism is simple, and you won’t ever have problems with it, I’m sure.

There are loads of other types of lock knives that you can try, and many of them are brilliant, so it would come down to your preference and what you like most in a knife. Hopefully, these tips helped you understand more clearly what a frame lock knife is, and now you might go and check them out. I recommend them, and I always love to have a frame lock folding knife around.